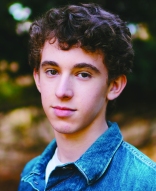 Noah Chiet is a 16 year old, DC-based Equity actor who has been acting professionally for 6 years. Noah recently portrayed a young Ben Stiller in the feature film The Secret Life Of Walter Mitty. Since then, he’s co-starred in the upcoming indie films Z*Con, Rope Ladder, and Trigger. Noah’s stage credits include Liberty Smith (Fords Theatre), The Hollow (Signature Theatre), and The History of Invulnerability (TheaterJ), among others, and he has performed at the Fords Theatre Gala and the Helen Hayes Awards. He is represented by Carson Adler Agency in NYC.

Mitch Holson is 16 years old from Frederick, MD. Mitch’s acting career began when he was 4, under the direction of Erin Gilbert from Act Too Theatre Co. He still partakes in the company’s teen dramatic series and has expanded to some television and film roles.

To help fulfill his aspirations of pursuing a career as a filmmaker and cinematographer, Mitch and his friend have created a production company, with two feature length projects currently in the works. 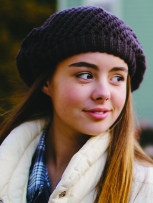 Maddie Howard got her start in acting at the age of 9 in musical theater. She has performed in many musicals and plays including Dr. Doolittle as Emma and The Sound of Music as Brigitta.

Since turning her attention to on-camera work, Maddie has filmed a supporting role in the movie Ping Pong Summer with Susan Sarandon, Lea Thompson and John Hannah and co-starred on Season 2 of HBO’s VEEP. 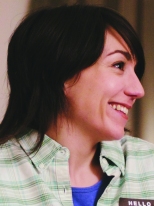 Melissa O’Brien is a Baltimore actor, director, singer, costume designer, writer, and burlesque performer. In short, she has far too many passions. After a long period of time spent wearing various hats in theater, Melissa has recently begun dipping her toe into film. She’s worked on several small projects in addition to playing the title role in Midnight Crew Studios’s feature Call Girl of Cthulhu.

Melissa shares her life with a lovely fellow who has an equally (if not more) extensive list of passions, which makes for a crazy but highly satisfying life.

In her spare time, she parents 3 fabulous children & 4 bizarre pets, and spends an inordinate amount of time helping out at Roland Park Elementary School. Her husband & kids are excited to see her step into film.